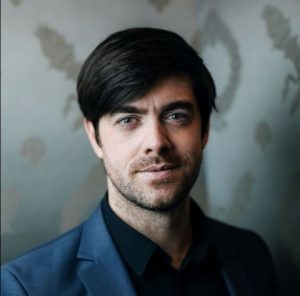 Dean is currently a member of the ensemble at the Bayerische Staatsoper, where in 2017 he was awarded the Festspielpreis by the Friends and Sponsors of the Bayerische Staatsoper Festival. Dean hails from Clarecastle, Ireland. Prior to joining the ensemble, he trained at the Royal Irish Academy of Music and D.I.T. Conservatory of Music and Drama, and graduated from the Munich Opera Studio in 2012. Outside of Munich, his guest appearances have included Glyndebourne Festival Opera, Gärtnerplatz Staatstheater, Théâtre des Champs-Elysées and NHK Tokyo, as well as the Bamberg Symphoniker, RTE National Symphony Orchestra, the London Philharmonic Orchestra and the Bayerische Philharmonie.