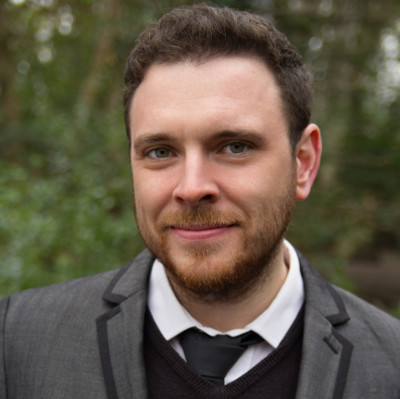 Ciarán hails from Derry and is currently Head of Music at King’s Hospital School in Palmerstown, Co. Dublin. He is the founder and Artistic Director of Ardú and Music Director of The Guinness Choir in Dublin.

He completed a BA in Music Performance at the Royal Irish Academy of Music under the tutelage of Dr Veronica Dunne, and in 2020 completed an MMus in Choral Conducting under Blánaid Murphy. He is sought after as a professional ensemble singer and a member of Resurgam, conducted by Mark Duley. Ciarán is an experienced choral tutor and has led workshops with choral societies, schools and universities in the UK, Europe and Asia.

Between 2016 and 2018 he was a member of Apollo5 in London, with whom he delivered concerts and vocal workshops across Europe as part of the VOCES8 Foundation.

He was employed as a Lay Vicar Choral at St Patrick’s Cathedral, Dublin between 2010 and 2015 and regularly sings with both St Patrick’s and Christ Church Cathedrals. in 2020-2021 Ciarán was Assistant Director of Music at St Mary’s Pro Cathedral, working closely with the world-famous Palestrina Choir and the Pro-Cathedral Girls’ Choir.