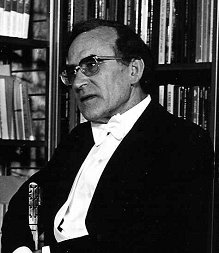 The Guinness Choir was established in 1951 by Victor Leeson, who was a young member on the management staff of the Guinness Brewery in Dublin. The members of the Choir were also Guinness employees. The Choir (initially known as the St James’s Gate Musical Society) gave its first performance when the Rupert Guinness Hall was opened in May 1951.

The Choir subsequently became known as The Guinness Choir, and has been at the forefront of choral music in Ireland for over 70 years. Victor Leeson, a self-taught musical scholar, conducted the Choir from its foundation in 1951 until 1984. He was truly inspirational in the growth and direction of the Choir. Early performances included the great oratorios of Bach and Handel, many of which were performed in Dublin for the first time. As well as Bach, Handel, Mozart and Haydn, the Choir’s repertoire encompasses many of the choral works of all the major composers from the 17th to 20th centuries, including Britten, Stravinsky, Pärt, Mahler and Verdi.

On Victor Leeson’s retirement in 1984, John Dexter was appointed as Musical Director. The Choir gave many notable performances under his direction, including the Irish premiere of Andrew Lloyd Webber’s Requiem.

David Milne was The Guinness Choir’s Musical Director from 1991 to 2022, a span of over thirty years. With his inspirational direction, it continued to grow in stature and renown. Highlights under his direction include a very successful performance of Verdi’s Requiem at the Waterfront Hall in Belfast, in conjunction with the Belfast Philharmonic Choir and the Ulster Orchestra. The Choir gave the first performance of Handel’s Messiah in new Wexford Opera House in 2009. In April 2011 we joined forces with the University of Dublin Choral Society to perform Verdi’s Requiem in the Grand Canal Theatre. Another remarkable occasion was in 2016 when the choir gave a performance of Handel’s Messiah in the newly-rebuilt St. Mel’s Cathedral in Longford. That year also saw the Choir’s participation on Easter Sunday in the choir of 1,000 voices, with the RTE Symphony Orchestra, in the RTE 1916 Commemoration concert of ‘A Nation’s Voice’ by Shaun Davey.
In the latter years of David’s tenure, the choir invited special guest performers to join us at our annual Christmas Concert in St Patrick’s Cathedral. The great Paul Brady was our inaugural guest in December 2016 followed in 2017 by Eleanor McEvoy; 2018 Kathleen Turner and 2019 Mary Coughlan. What a thrill it was to sing alongside such icons of Irish musicianship. 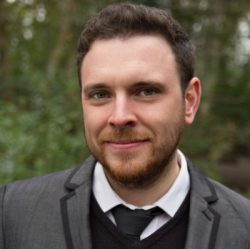 On David’s retirement in 2022, the choir appointed Ciarán Kelly as its new Music Director. The choir looks forward to many years under Ciarán’s musical guidance, programming and enthusiasm.

The Guinness Choir is a fixture of the modern choral landscape in Ireland and a name that is synonymous with excellence, professionalism and sheer love of music.  Many distinguished Irish and International soloists have sung with the choir over the years and we are committed to supporting emerging young Irish soloists. 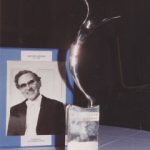 In 2001, as part of our 50th Anniversary celebrations, we proudly introduced the inaugural Victor Leeson Perpetual Trophy to the Choir of the Year at the Cork Choral Festival. This award is presented each year to the outstanding Irish choir at the Festival. Recipients include Voci Nuove 2016; Laetare Vocal Ensemble 2017; DIT Chamber Choir 2018; Mornington Singers 2019 and Dublin Youth Choir 2022.

When, after 65 years, the Brewery withdrew its financial support in 2016, the choir was in danger of collapsing. However, the choir introduced a number of initiatives so that it could continue to perform choral works as has been its great tradition and remain as an integral part of the musical and cultural heritage of Dublin. We are delighted to have secured the sponsorship of outstanding Irish companies, particularly our lead sponsor – DPS Engineering. as well as the financial support of the Patrons and Friends of the choir. And we are delighted that the Rt. Hon. Earl of Iveagh, Edward Guinness, is our Honorary Patron.
We look forward to a bright future of choral singing. 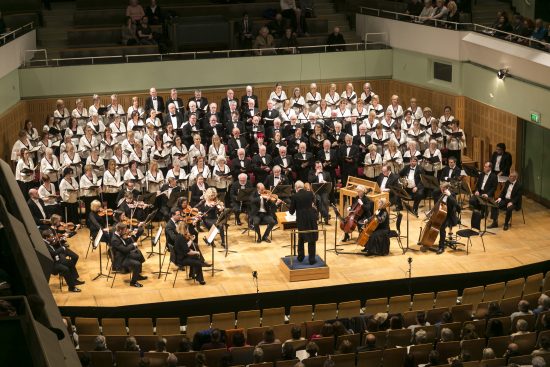